Pondicherry: some street side portraits

Posted on November 1, 2014 by shabnamphoto 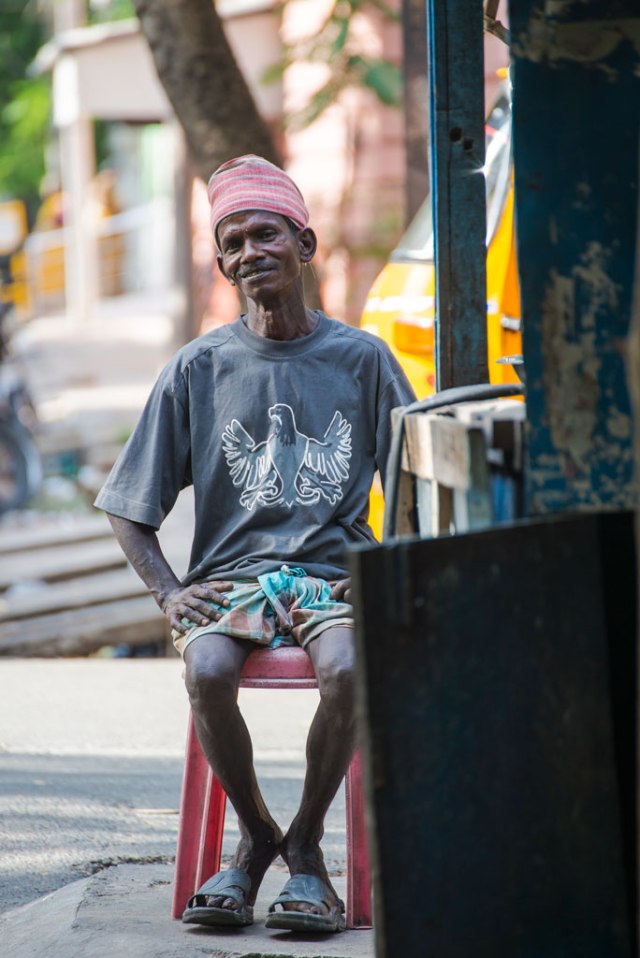 A man who looked like a daily wager at a street side tea stall. He seemed like a regular here. 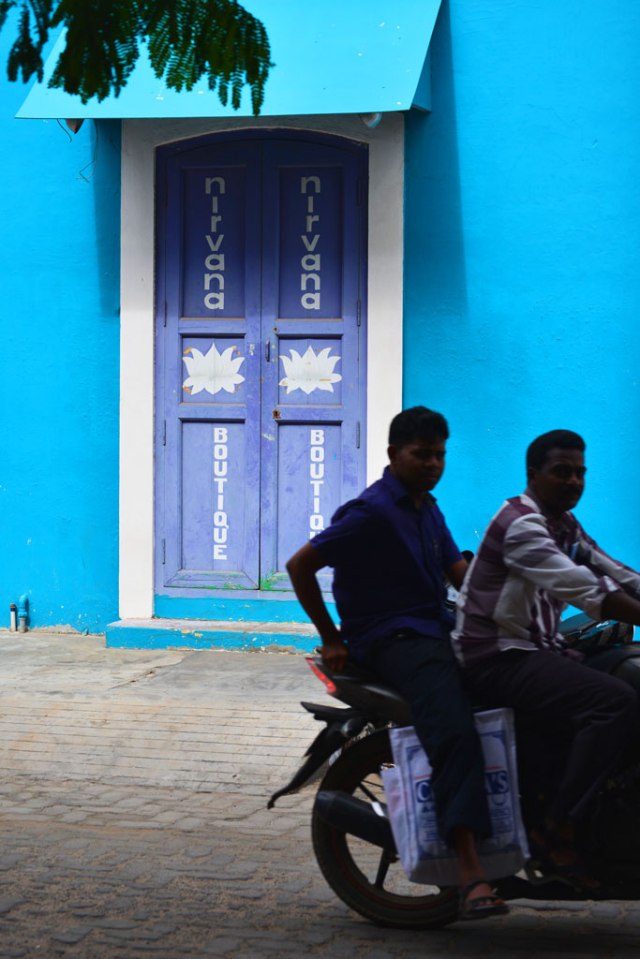 Pondy is a shoppers paradise. You can spend a great deal of time in the charming little shops  dotting the cobbled streets, except those with strict siesta timings.

Government healthcare is not for everybody. Or at least that’s what I was thinking looking at this bent man.

The owner of the house sits at the doorway facing the street, reading the news of the day, That way he knows what’s going on outside his house as well.

Pondy is about cycling. It’s really the best way to go around town. Time takes another meaning here.

This is the land of the Mother Mirra Alfassa, the spiritual collaborator of Sri Aurobindo. Though she arrived here in 1914 and died in 1973, she is very much alive through the ashram she founded in the city.

The evangelical missionaries make one of the oldest connections between Pondy and France, dating back to the 1700’s.

Its been sixty years since the de facto transfer of French territories to India. Today, November 1st 2014 is the first time the city will celebrate its Liberation Day on the lines of Republic day and Independence day as directed by the Government of India. These were shot in June though.

I'm a graphic artist with a passion for photography. I like to tell a story with my pictures. Sometimes a picture may speak on its own and at other times it may need an explanation. I'm intrigued by the ordinariness of life and enjoy documenting my life in the light and shadow of what surrounds me. Be it people, landscape, flowers, architecture or birds, the camera helps me see what I wouldn't with my naked eye.
View all posts by shabnamphoto →
This entry was posted in Documentary, Photo essay, Portrait, Street Photography, Travel and tagged life, people, pondicherry, Street photography, Travel. Bookmark the permalink.

20 Responses to Pondicherry: some street side portraits